Scroll down to learn more about our line up

Pink Talking Fish is a Hybrid Tribute Fusion Act that takes the music from three of the world’s most beloved bands and creates a special treat for fans of the music.

Pink Floyd, The Talking Heads and Phish are all more than just bands… they are Phenomenons. Their creations have artistically inspired people and their mindblowing live performances have brought people together to form a special sense of community around the love for their favorite band.

Pink Talking Fish features Eric Gould (former/founding member of Particle) on bass, Richard James on keyboards, Zack Burwick on drums and Cal Kehoe on guitar. This is a band created by musicians who love the music of these acts. It’s purpose is to heighten people’s passion for this music by creating something fresh and exciting for fans. 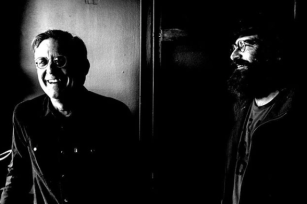 Soule Monde is avant funk erupting from the syncopated minds of power drummer Russ Lawton + B3 wizard Ray Paczkowski. An ideal union of swagger and raw talent, the duo is cemented into an indestructible pocket, where bold improvisational leaps by either player are met by a near-telepathic response from the other. This is fluid funk, crafted for the dance floor but supported by an extensive grasp of jazz improvisation.

The Funky Dawgz Brass Band are one of the premier touring acts on the live music scene today. Emerging from Connecticut, these young men have engulfed the spirit and traditions of New Orleans as well as earned the respect from local musicians who grew up and reside in the city. It is impossible not to enjoy yourself during a show as they play a contagious upbeat mix of traditional New Orleans R&B, original music, hip hop, funk, and today’s top hits with a brass twist. 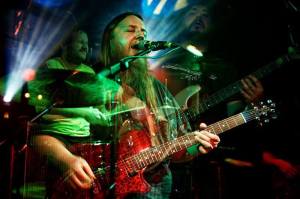 Seth Yacovone is a singer-songwriter-guitarist from Morrisville Vermont.  With Steve Hadeka on drums and vocals, Alex Budney on bass, and vocals, Yacovone brings his raw talent on guitar to this “original bluesy hard rock improv power trio music”.

Sophistafunk has gained international notoriety with their unique combination of live hip hop, funk, and jam music. Made up of Jack Brown on vocals, lyrics, Adam Gold on keys, bass, vocals and Emanuel Washington on drums, these guys bring an unstoppable funk hip hop dance party.

Seven Days calls Lowell Thompson a “young tunesmith transformed into a true artistic force.” Big Heavy World says Thompson is “the most genuine sort of musician out there.” Rolling Stone magazine calls his music “inspired alt-country.” Any way you cut it, Thompson’s work speaks for itself and has been vetted by his fellow musicians—hand picked to share stages with the likes of Graham Parker, Justin Townes Earle, and Dawes.

JUPTR is a five-piece Neo-soul outfit that captures the essence and sound of the music that has influenced each member since the beginning of their musical relationships with one another. Forming in 2017, JUPTR is made up of a conglomerate of Burlington musicians from Smooth Antics, Madaila, smalltalker, and The Renegade Groove who deliver hip hop and R&B inspired instrumentals with a focus on creating a comfortable soundscape for harmony rich vocal arrangements to weave through. 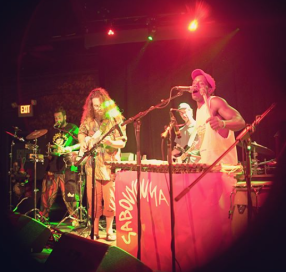 Sabouyouma is a high energy 7-piece polyrhythmic Afro-Funk groove machine led by Guinean-born Ousmane Camara: the band’s front man, composer, and master Balafonist (the Balafon is a West-African marimba). If Camara is the heart and soul of Sabouyouma, then Senegalese percussionist Assane Coly is the backbone. With his fluency in the Senegalese vocal-drum language, and his religious roots in the Bayefal sect of Sufism, his rhythms often feel like percussive praise poetry that mystically conjurs the audience into motion.